General Guide to Separation in Virginia

To get divorced in Virginia, the couple must first be separated. Separation means the couple has lived separate and apart without any cohabitation and without interruption for a period of one year or more (or six months if the couple has a signed separation agreement and no minor children). In addition, in Virginia separation requires that at least one of the parties must have the intent to end the marriage and file for a divorce. Physical separation alone is not enough.

The physical separation can be in separate residences, such as one spouse moves out of the marital home, or it can be in-home separation (under the same roof). If the couple is separated under the same roof, it is important for the parties to not comingle tasks and instead live separate lives to avoid any challenges in proving the date of separation.

The intent to separate and get a divorce must be continuous throughout the parties' separation. Therefore, if a couple physically separates with the intent to divorce, but then they attend marriage counselling to work on their marriage, the courts will likely find that the parties are not separated. The marriage counseling will reset the one-year separation clock and the court will not start the clock until the last counseling session when at least one of the spouses decides that reconciliation is not possible, and the marriage is over. 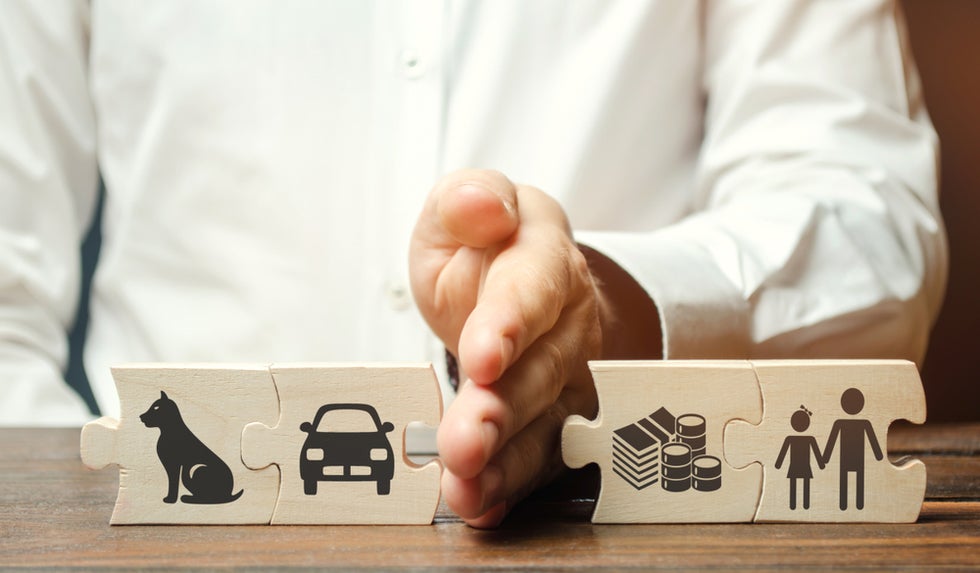 A separation agreement, also referred to as the Property Settlement Agreement or Marital Settlement Agreement, is a contract between the parties, which resolves all issues arising out of the parties' separation and divorce, including divisions of assets, debts, child custody and visitation, child support, spousal support, and the ground on which the parties will seek a divorce (which the parties often agree to be a no-fault ground). One of the most effective ways to establish and prove the date of separation is to include it in a separation agreement signed by both parties.

There are several reasons why the date of separation should be established in a divorce case. For more information see Establishing Date of Separation in a Virginia Divorce.

There is a fine line between desertion and separation. Whether the act of a spouse leaving the marital home (or the marital bedroom) will be considered a no-fault separation or desertion, will depend on the facts of the case.

Separation, as distinguished from desertion, is where the parties mutually agree to separate, or where the leaving party communicates the intent to separate with the other spouse, and continues to fulfill basic marital obligations and duties, such as providing for basic needs of the other spouse and the family. Usually, a separation and the terms of the separation, such as finances and childcare, are discussed and agreed upon by the parties; however, desertion is more of a unilateral act by one party, leaving the other spouse with all the marital duties and obligations.

Raheen Family Law, P.C. serves clients all across Northern Virginia. If you are in a marriage where you have either separated or considering separating, but have questions about the law and/or the process, contact us today to schedule a consultation.