To file for a divorce in Virginia, you must have a ground for divorce. Virginia grounds for divorce are outlined below.

Separation for the statutory period

Adultery includes sexual intercourse with a person outside of marriage. Divorce can also be filed and granted based on sodomy (a sexual act, such as oral or anal sex with someone out of marriage) or buggery (bestiality or a sexual act against nature). To get a divorce based on any one of these grounds, the spouse must prove the adultery, sodomy, or buggery by “clear and convincing evidence”, which is a higher standard of proof than the standard used for any of the other grounds for divorce. The complaining spouse must also present corroborating evidence of the adultery. The corroborating evidence is evidence or testimony from an outside source and not just the complaining spouse's testimony or even the guilty spouse's admission if one exists. However, the corroborating evidence need not be eyewitness testimony, which is often difficult to have.  Adultery is difficult to prove because it often takes place behind closed doors. The guilty spouse has various defenses such as condonation, connivance, recrimination, and bar by statue of limitation. If the guilty spouse proves any of these defenses, divorce cannot be granted based on adultery. However, if no such defenses can be proven, the court will grant an immediate divorce and no waiting period is required. Adultery, if proven, has certain financial implications including possible barring of spousal support. 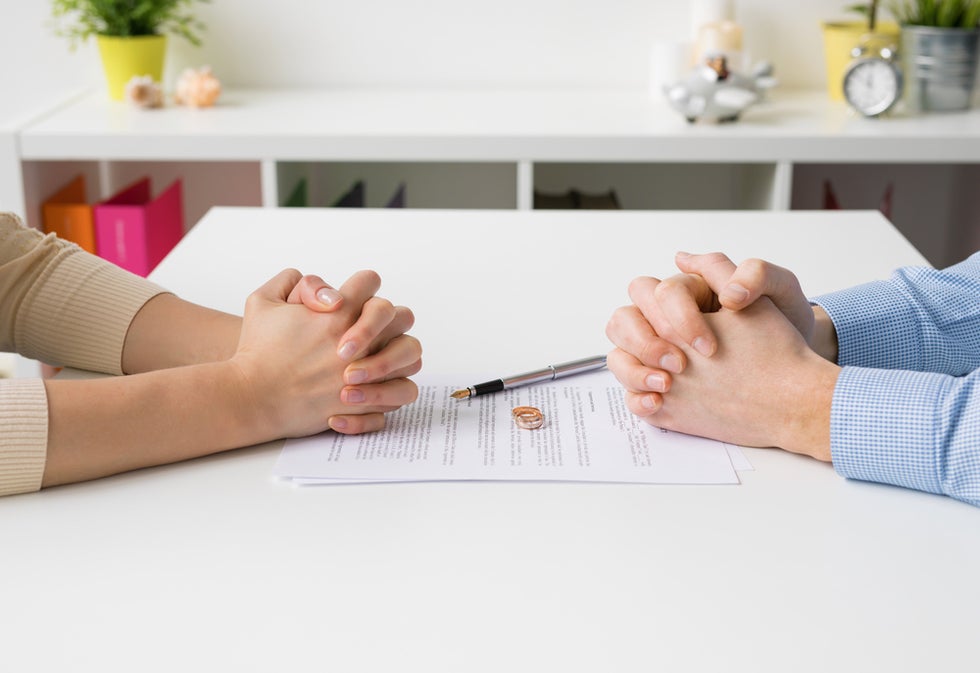 Cruelty involves acts of physical violence or conduct that tend to cause bodily harm and render the spouses living together unsafe. Normally, rude comments alone are not enough. In addition, mental and emotional cruelty alone is normally not a ground for divorce. However, if the conduct is so extreme, such as repeated humiliation, name calling, and abusive language, that it affects and endangers the mental health of the spouse, then it may constitute a ground for divorce. Divorce on the ground of cruelty cannot be granted until after a period of one year from the date of the cruelty.

Desertion or abandonment requires the innocent spouse to prove that the other spouse broke off marital cohabitation with an intent to desert. If the spouses mutually agree to separate, that is not considered desertion. Divorce on the ground of desertion cannot be granted until after a period of one year from the act constituting abandonment.

Incarceration for felony of more than one year

The divorce can either be contested or uncontested. It is uncontested if the spouses have signed a separation agreement resolving all issues arising from the divorce, including custody, visitation child support, spousal support/alimony, division of assets and debts, attorney's fees and costs, etc. If the spouses do not have an agreement as to any of these issues, the divorce will be contested. To resolve a contested divorce, one of the spouses will have to initiate the divorce by filing the Complaint for Divorce with the court. As the case proceeds through the court the spouses may resolve the issues instead of going to trial. However, if they are unable to reach an agreement, the court will decide based on all the evidence presented at the trial. Sometimes, the spouses can resolve some but not all the issues. For example, they may have an agreement as to all issues except custody, visitation, and child support. In this case, the spouses can enter into a separation agreement resolving the agreed upon issues, but the outstanding issues can be litigated and presented to a judge for determination.

There are several main issues in a divorce case that must either be resolved between the spouses in a separation agreement or litigated in court and decided by a judge. These issues include spousal support, equitable distribution, child custody and visitation, and child support.

Spousal support is mainly an issue in a divorce case where the spouses have been married for many years and there is a significant disparity in their incomes. The amount and duration of spousal support is determined based on a series of factors. Spousal support varies based on the facts of every case. Therefore, it is important that the relevant evidence as to each of the factors is presented in court. At Raheen Family Law, we have a thorough understanding of the factors considered by the court in establishing spousal support and we can help you provide us the relevant facts in your case that will help us achieve the best results. For more information on spousal support see the General Guide to Spousal Support in Virginia.

Custody battles presents some of the most emotionally charged and legally complicated issues. At Raheen Family Law we offer the experience and knowledge to represent your interests in these highly contested and legally challenging cases.

In Virginia, child support is based on a formula. Child support cases range in degree of complexity. Some child support cases involve complicated legal issues. For example, it is not always clear what income should or should not be used when calculating child support, or the case may involve issues of voluntary underemployment or unemployment, etc. You should seek assistance of an experienced attorney who can explain the overall process and knowledgably represent your interests. At Raheen Family Law, we will advocate for you and your interest. For more information on child support see the General Guide to Virginia Child Support Laws.

After the divorce is filed, either or both spouses can file a motion with the court requesting certain things while the case is pending with the court and awaiting trial. Pendente Lite orders are temporary orders, which means it is for the period of while the case is pending with the court. A pendente lite order may: (a) award temporary spousal support and/or child support, (b) order that the spouse provide the other spouse and/or the children with health insurance, (c) grant one spouse temporary use and possession of the marital residence, (d) order maintenance of existing life insurance policies, (e) require a spouse to pay the bills associated with the home or other marital debts until the divorce is final, (f) award temporary custody and/or visitation of the parties' minor children, (g) award attorney's fees to one spouse enabling him or her to carry on the suit, (h) prevent the parties from harassing each another, and (i) prohibit either spouse from selling or otherwise disposing of any marital assets (e.g. withdrawing fund from bank or retirement accounts, selling a vehicle, etc.).

At Raheen Family Law, we offer the knowledge and experience to assist you with your divorce. Contact us today to schedule a consultation.